Nicholson Plastics opened a competition to the local primary school in Lanark Scotland to design a company mascot for their 50th anniversary.

The competition was open to all classes with two elements required, ‘water’ and the ‘past and the future’.

The School received a voucher for £200 and the winner received cinema vouchers for himself and his family including the winning design being printed and displayed on a large banner on the company gates to celebrate 50 years in business.

“We were inundated with entries, choosing a winner from the artwork submissions was a tough decision” – Steven Dempster MD.

The presentation took place on Tuesday the 26th of April with Steven Dempster MD & Ryan Keltie, Head of Sales presenting competition prize to Harris Boyle, P4 and donating £200 pounds to the school.

The winning design will now be used by the company as Nicholson Plastics 50th Anniversary Mascot. 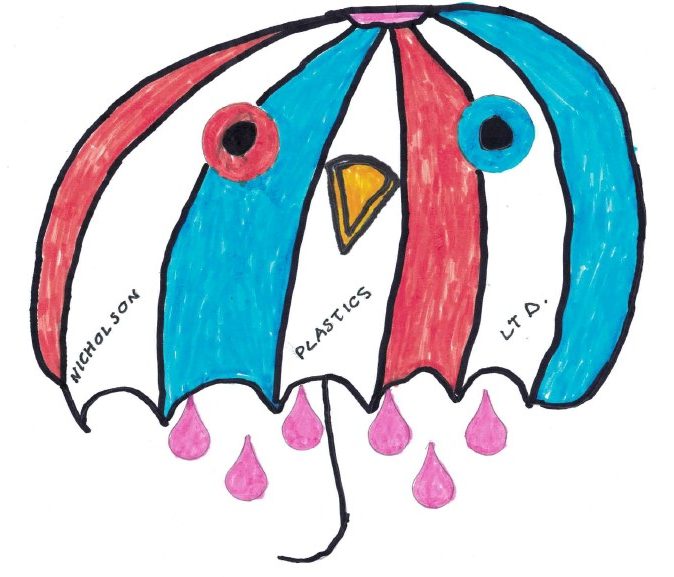 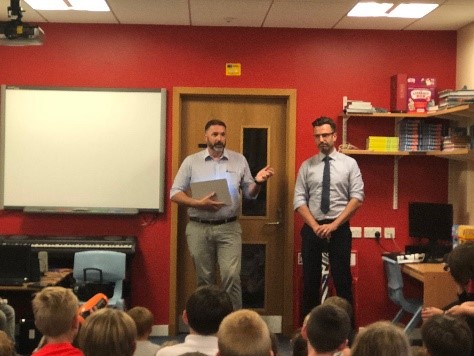